rewind ~ september :: for the love of sheep 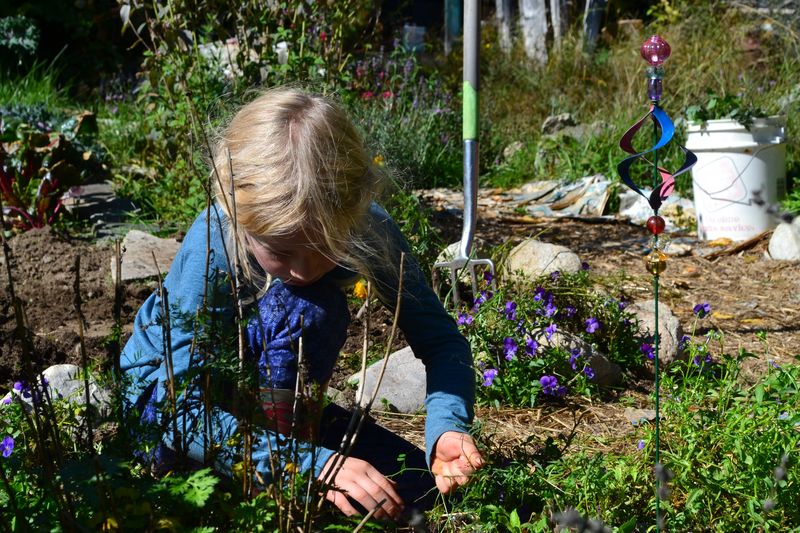 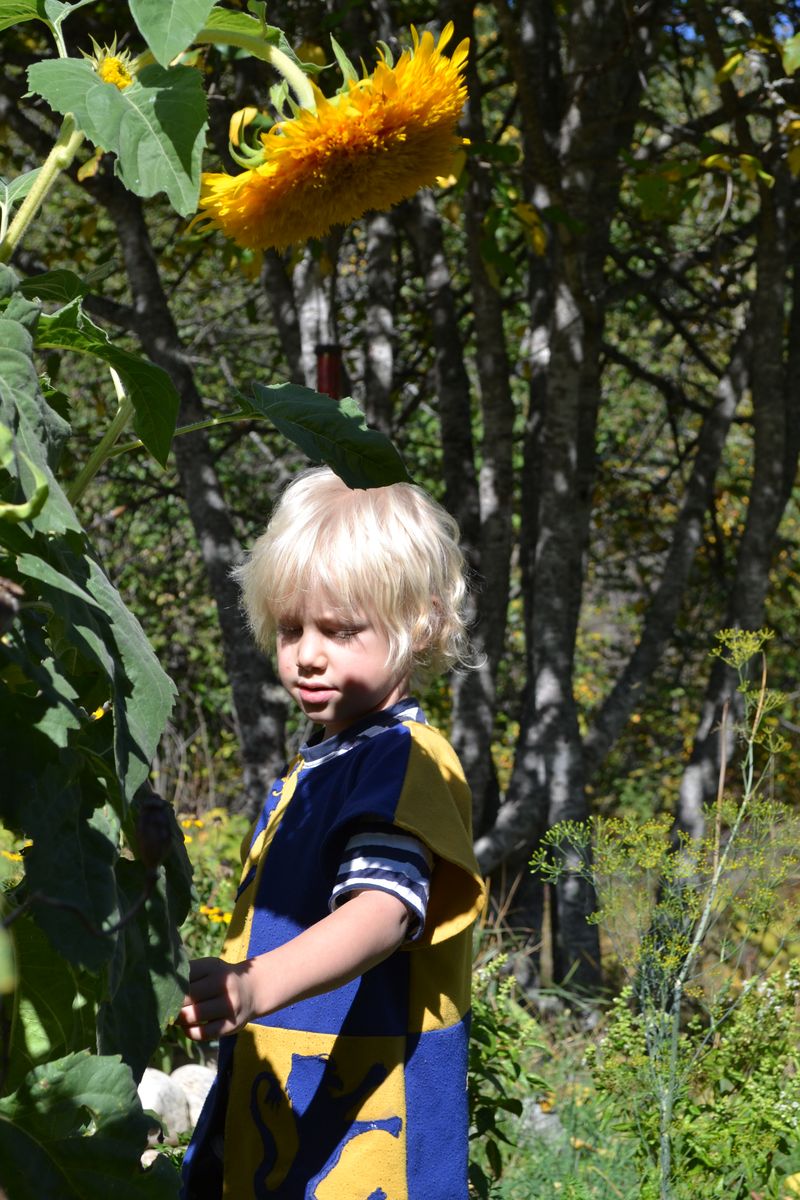 beginning to put their gardens to bed for winter 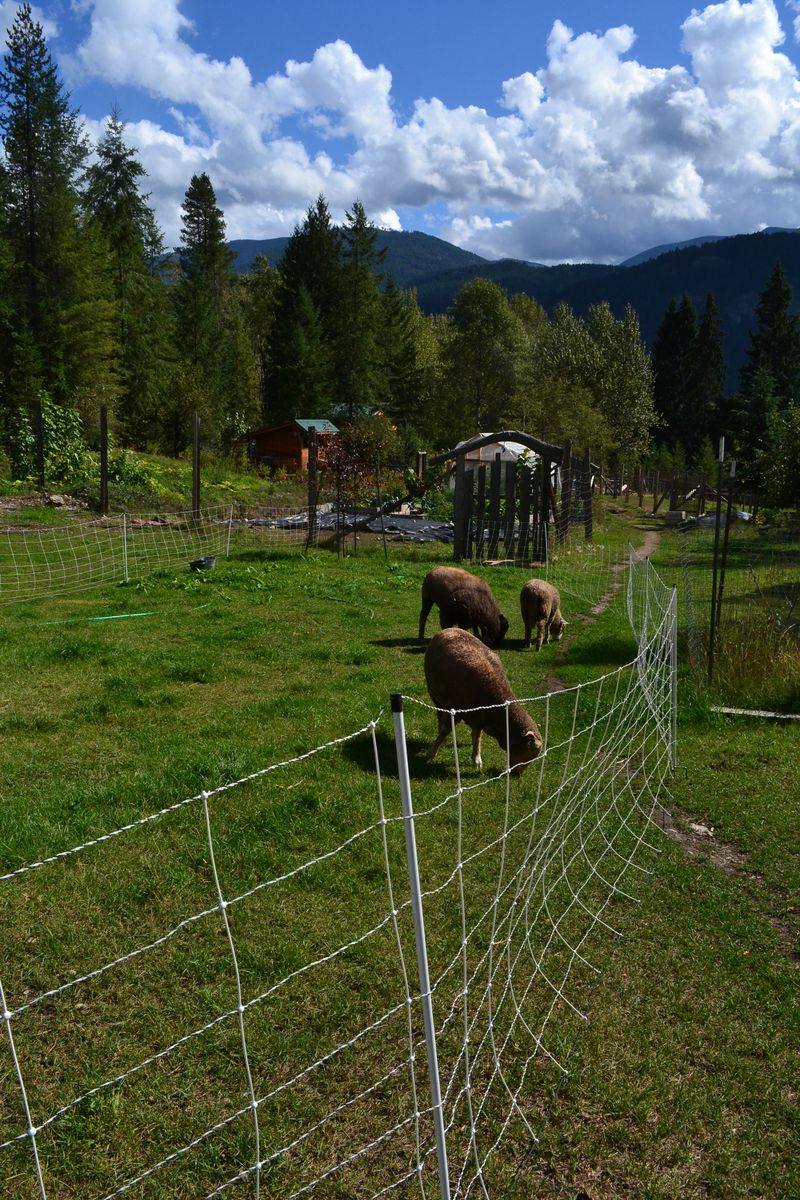 Flora loves her apples, just like my kids.  Watching a sheep gum an apple around in her mouth is most definately a good excuse for a giggle…they slobber and make good noises and drool all over the place.  Dainty and polite eaters they are not! 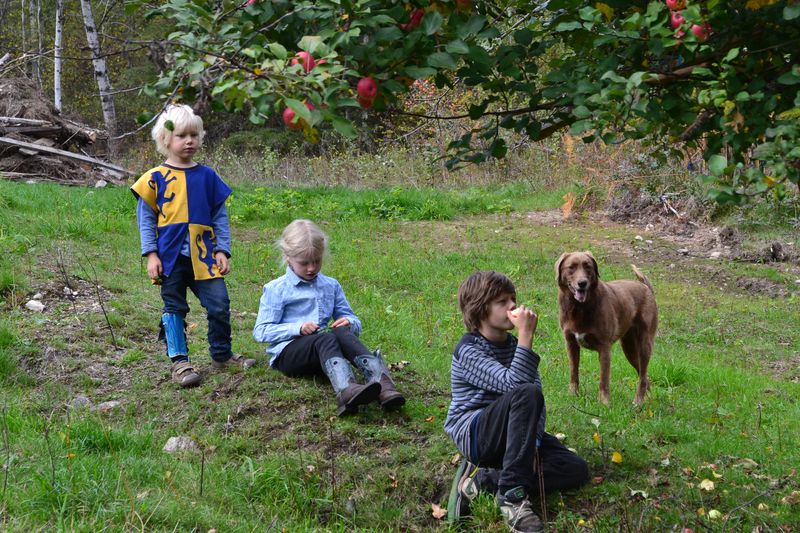 September was the last month we had our sheep out on pasture.  For six months, Josh and I spent a little time each day moving the electric fence, running the sheep to the new grassy area, watering, and then watering some more.  I can recall the deep satisfaction I felt watching my happy ewes munching away in the grass, thinking I was managing them so well.  Ahhh, but isn’t ignorance bliss?  Yes, I was moving them around a lot, but in fact, it was too much.  I wasn’t letting the pasture rest enough between allowing the girls to mow it down, and suddenly, we were faced with an overly abundant parasite problem that almost claimed the life of two of our sheep.  It was shocking how quickly the problem escalated…but with a desperate run to the vet in town, followed by an efficient dose of meds, our two sheep are on the road to recovery.  And off the fresh pasture for this year…they are now in their winter pen in front of the barn.

However, our little Gotland lamb needed a shearing after her illness and so Josh pulled out some hand trimmers and gave a very decent attempt at his first shear job.  I have since washed all of Stella Blue’s locks and they are in my towering pile of clean fleece to spin. 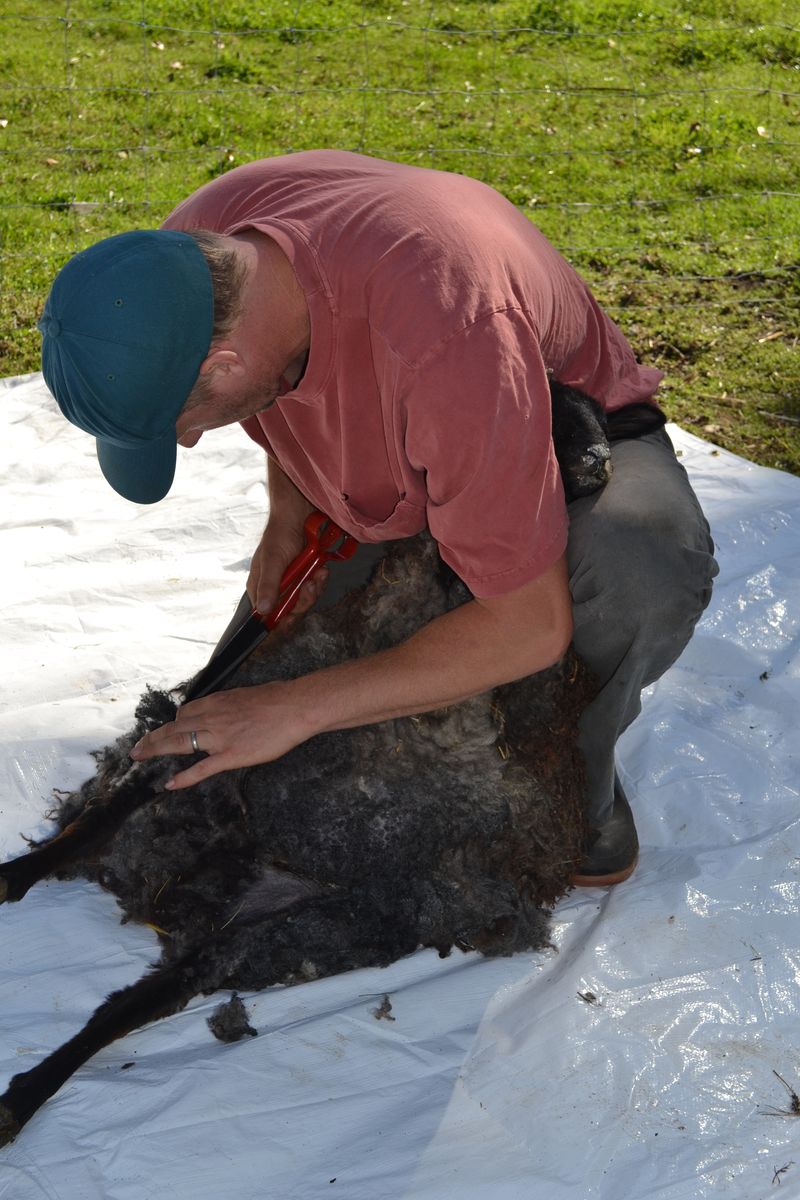 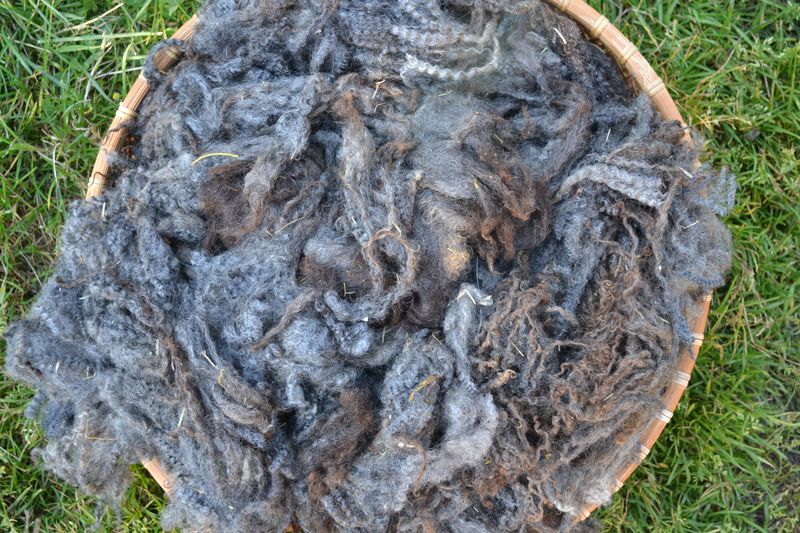 Though we filled our hayshed with the year’s supply of feed and bedding for the sheep and goats in August, there still was no roof.  In September, Josh finished off the roof and now all we need are two sides of slabs to wall it in a little from the elements.  More importantly, the kids just gained an all-season playground complete with seats in the nosebleed sections, crawling and climbing fun, and a rope swing.  The kids like to play down here, far from the house and close to the quiet dirt road.  I have a triangle bell I ring when I need them back up to the house, but they prefer to stay down there, swinging and waving to those driving by, if there should be anyone.   It certainly was a bonus to watch a pick-up truck towing our neighbour who was sitting in his John Deere and pulling a load of hay….we all giggled as Wayne drove by and tipped his straw hat to all of us. 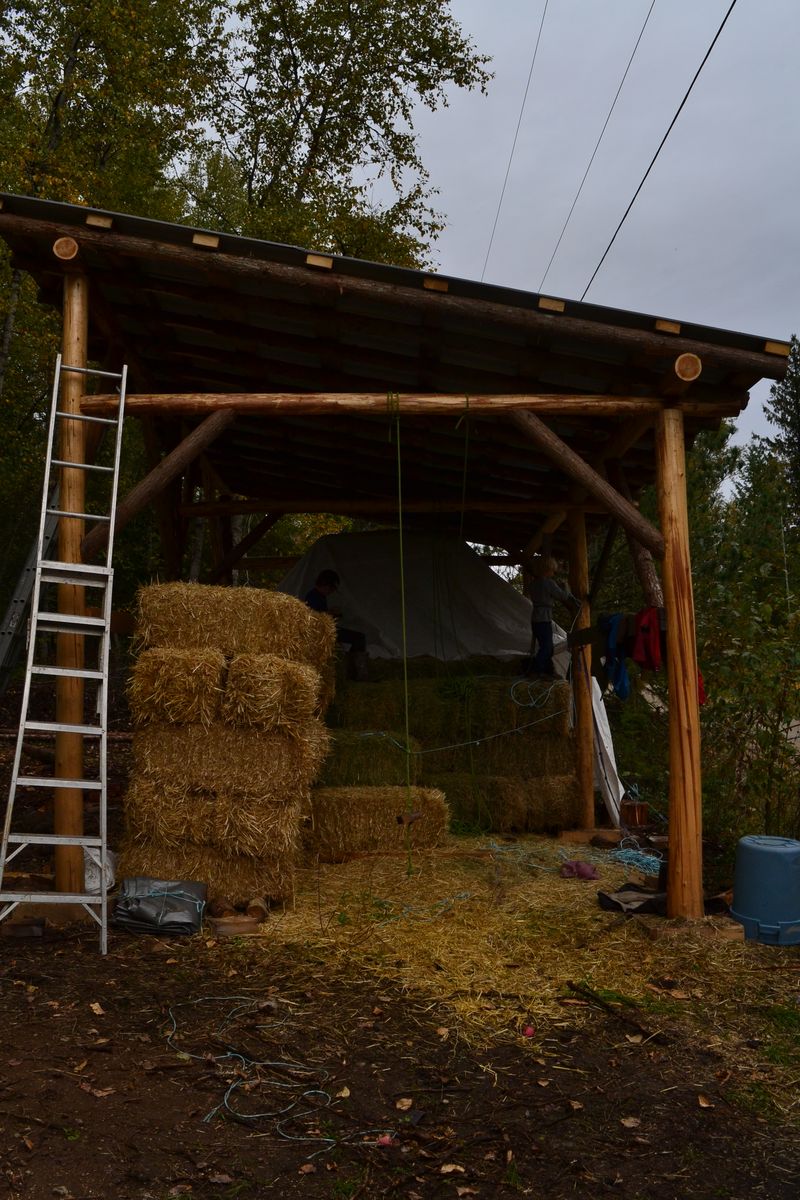 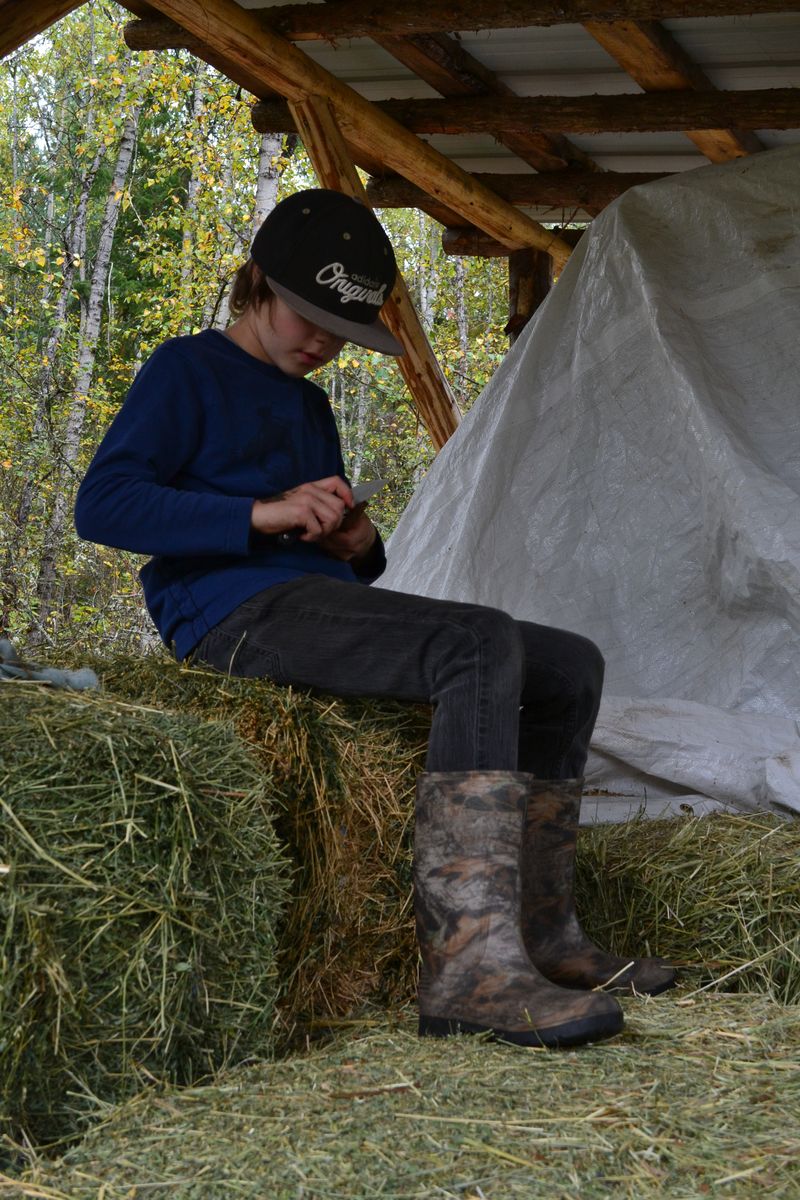 The sheep, goats and chickens are almost ready for winter…just another mucking out of the barn (or two) and we are ready for the snowflakes to fly!

wow, Beautiful! I wish I could live with you all for some days at least. Your kids are super cute. God bless!

What fantastic looking fleece, such an amazing color. We went to à sheep festival last weekend and I was à bit disappointed that there wasn’t anyone spinning or even selling yarn.
Life àt your place looks wonderful, great looking hayshed.
Regards from the alps.