There was a lot of celebrating around here in the month of July with two birthdays, and a Deadhead trip down Memory Lane. 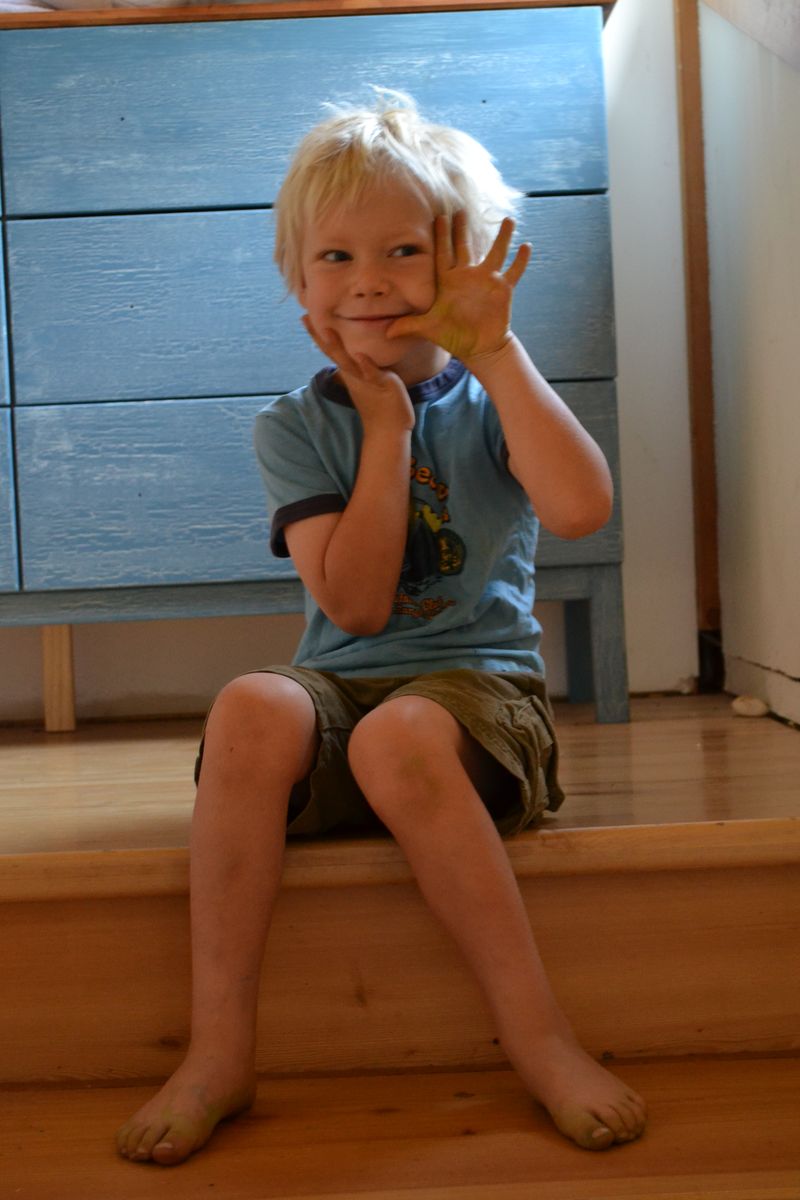 Like his Papa and older siblings, Huckley loves to fish.  His birthday party was a fish themed event with a few little kids his age.  Truly, being the third child, he doesn’t have as many friends his own age as his older brother.  Usually, we all go to a friend’s house and the kids just play together as a group.  Sometimes, I get a little anxious that I haven’t nurtured enough friendships for him ~ like I did with the first two.  Then, I realize that he is just five and he has years ahead to forge his own way, with his own friends.

That being said, we asked a few four and five year olds in the neighbourhood to join us in a fish themed party.  With a fish (decorated, not flavoured!) cake, a fish pinata, and other fun games…the highlight was stocking our pond with 54 baby trout from a local hatchery.  I’m not sure who was more excited, the kids or Papa! 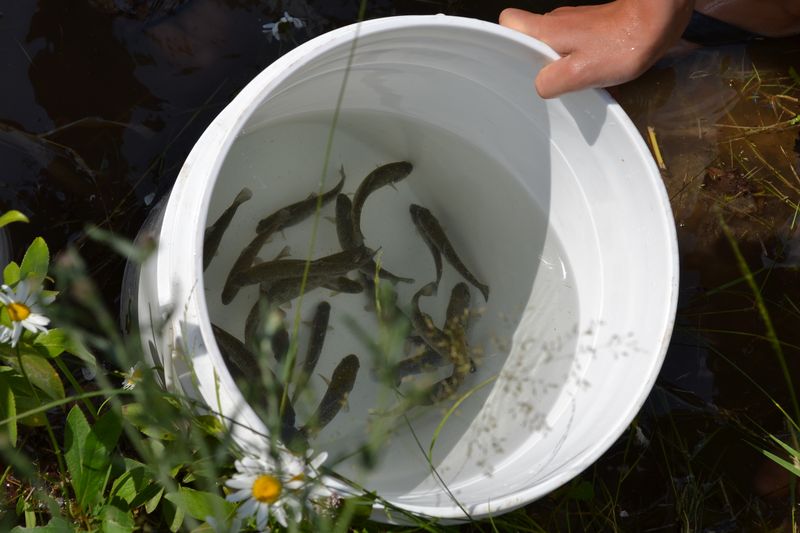 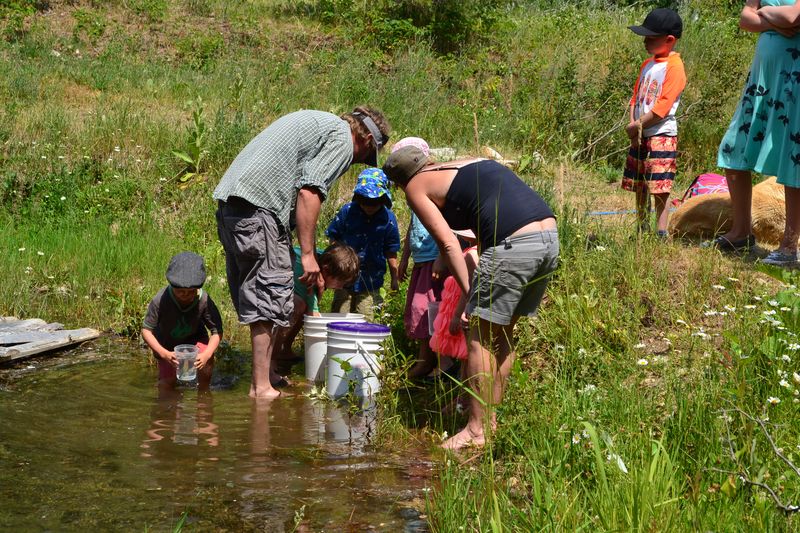 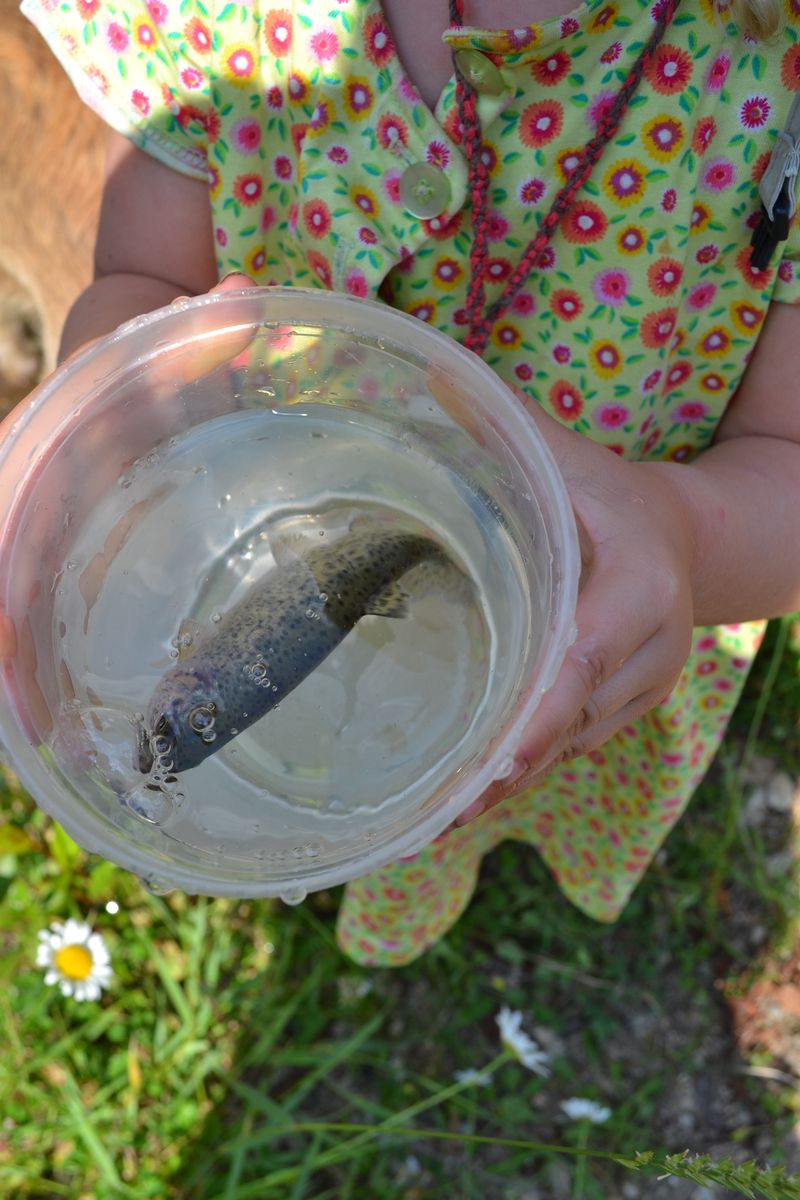 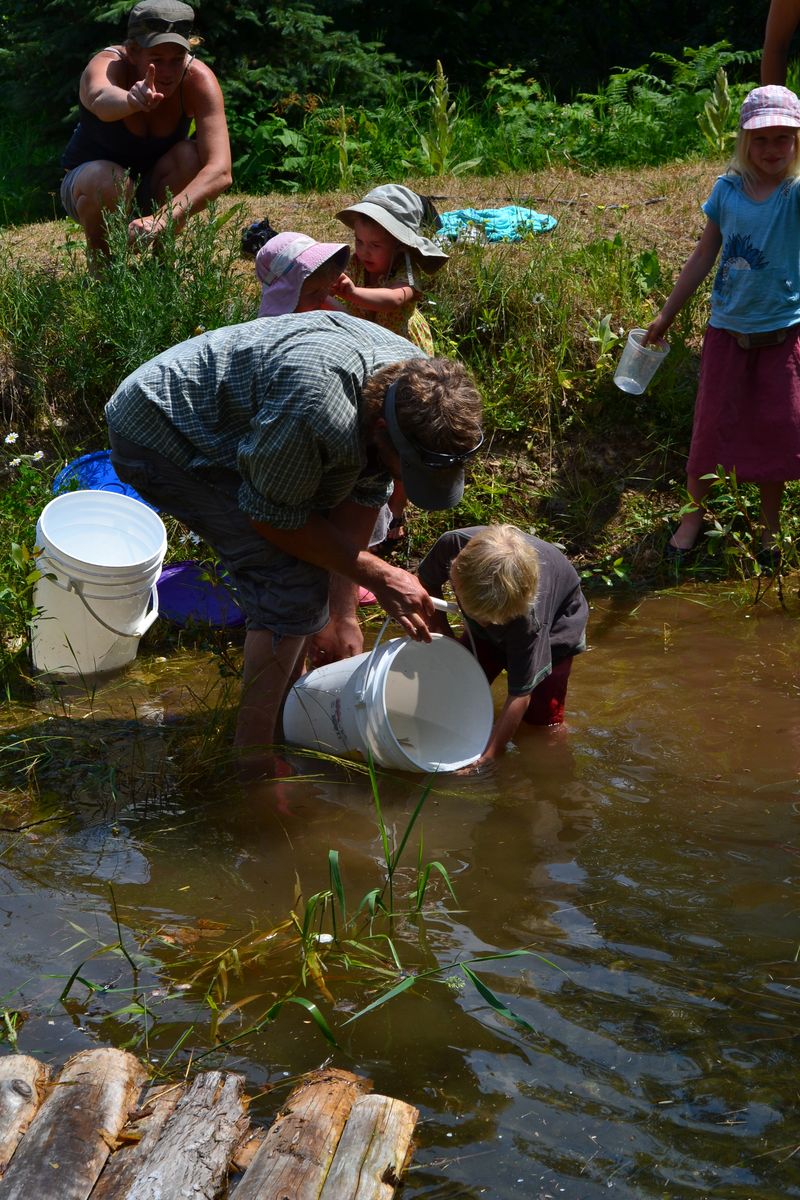 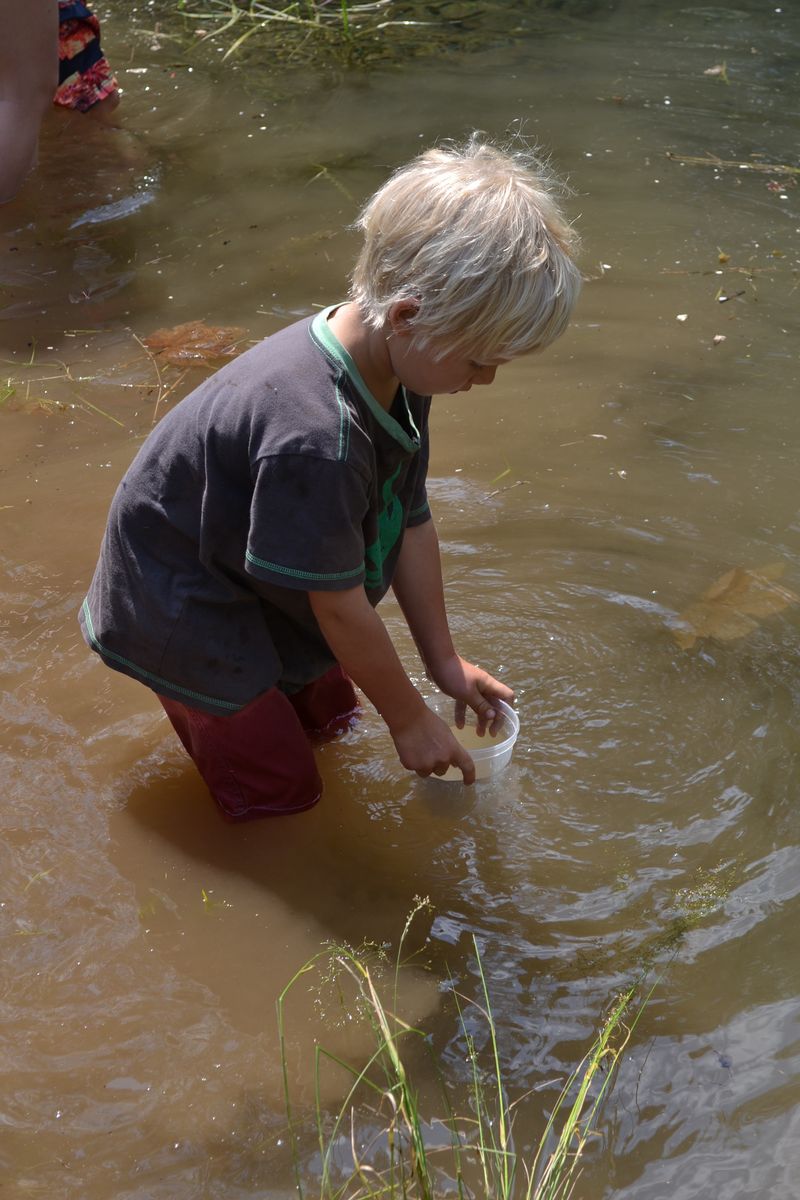 After the fish release, there was a homemade slip and slide (made with last year’s greenhouse plastic and a sprinkler), and wet and wild trampoline fun!  Huckley really wanted a big party and I’m certain he had a great time. A few days later, Sunshine celebrated her 7th birthday.  For some reason, there are less photos here, but the few I got show her with her good friends and lots of hugging and giggling. 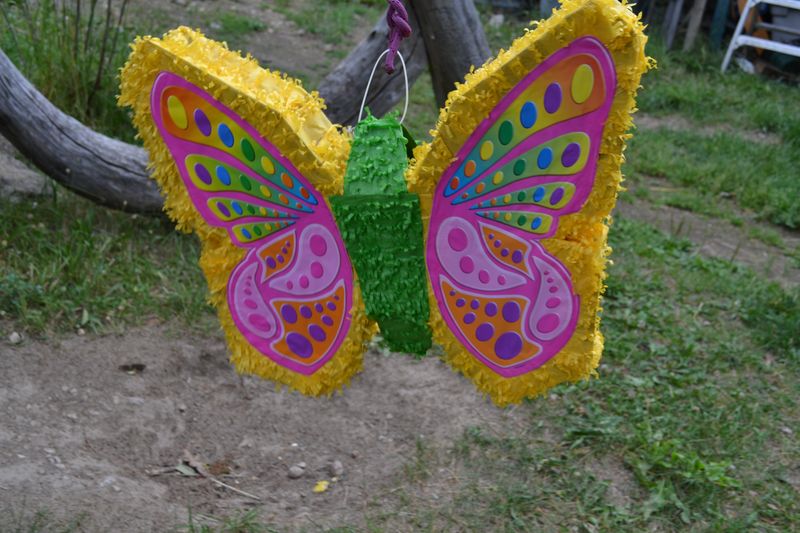 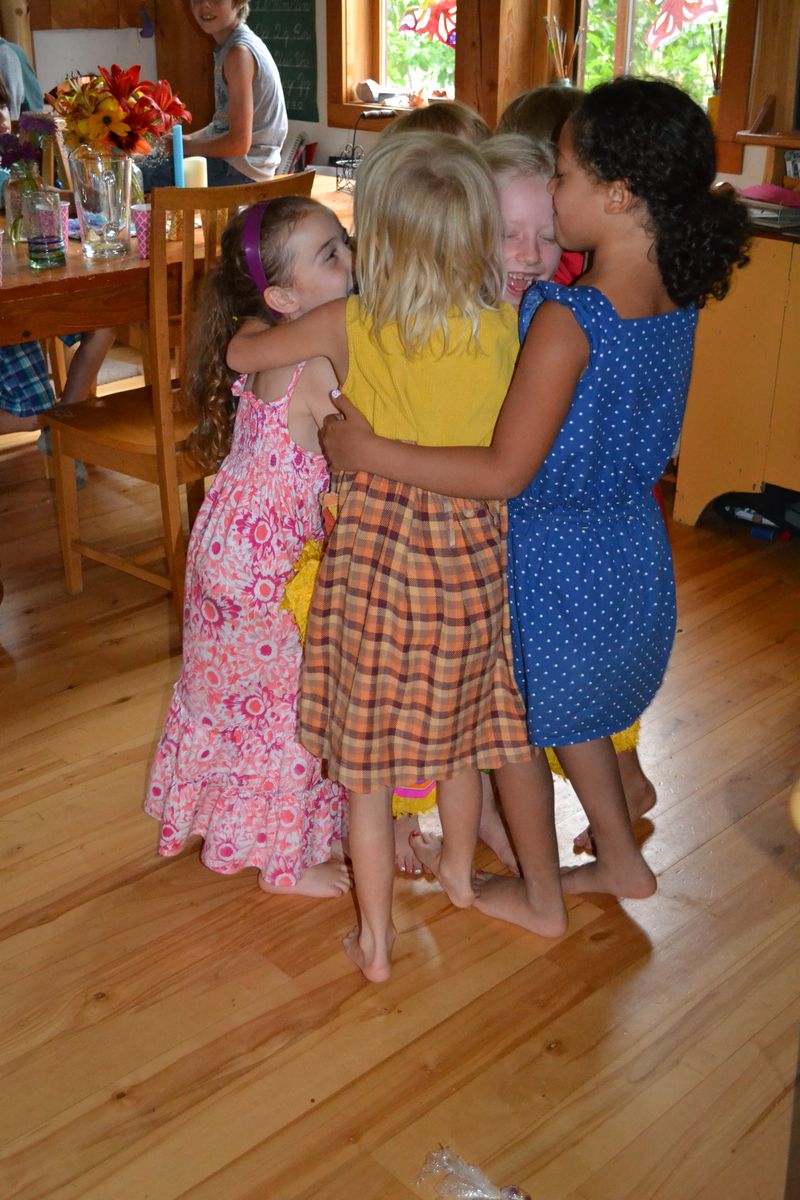 After games and playing and partytime events, we gathered on the porch where each of our guests and the birthday girl had their own foot baths awaiting.  They selected some fresh and dried flowers for their tubs, dipped their feet, and then soaked away…and a few of us mamas gave them little foot massages, too.  Such a good ending to a happy day!

Early in July, we were invited to a live stream of the Reunion Tour of the Grateful Dead.  Dressing up in our tour clothes, we headed to a friend’s BBQ party with big speakers set up in the yard.  For the kiddies, and some parents, there was a tie-dye station set up which was so much fun!  Ahhh, the bittersweet nostalgia of sweetgrass burning, patchwork clothing, big smiles, and the melodic tunes of the Dead…what a wonderful afternoon that was! 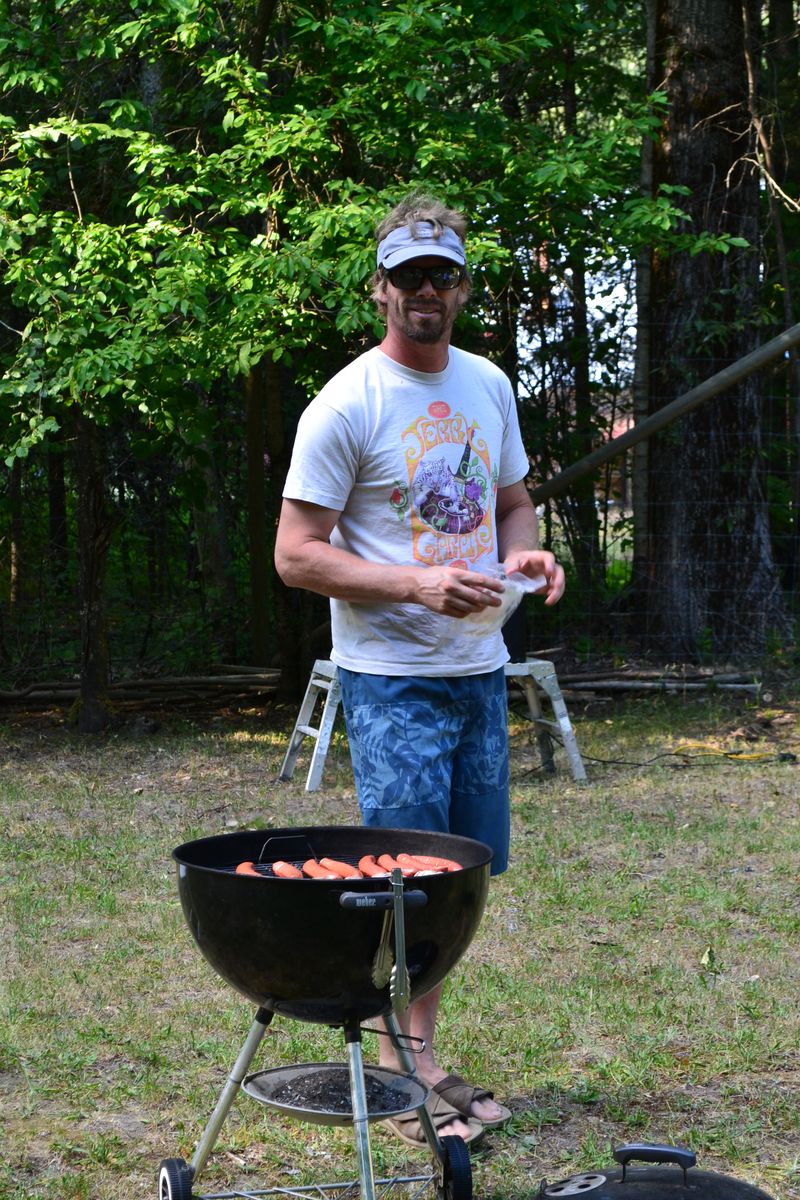 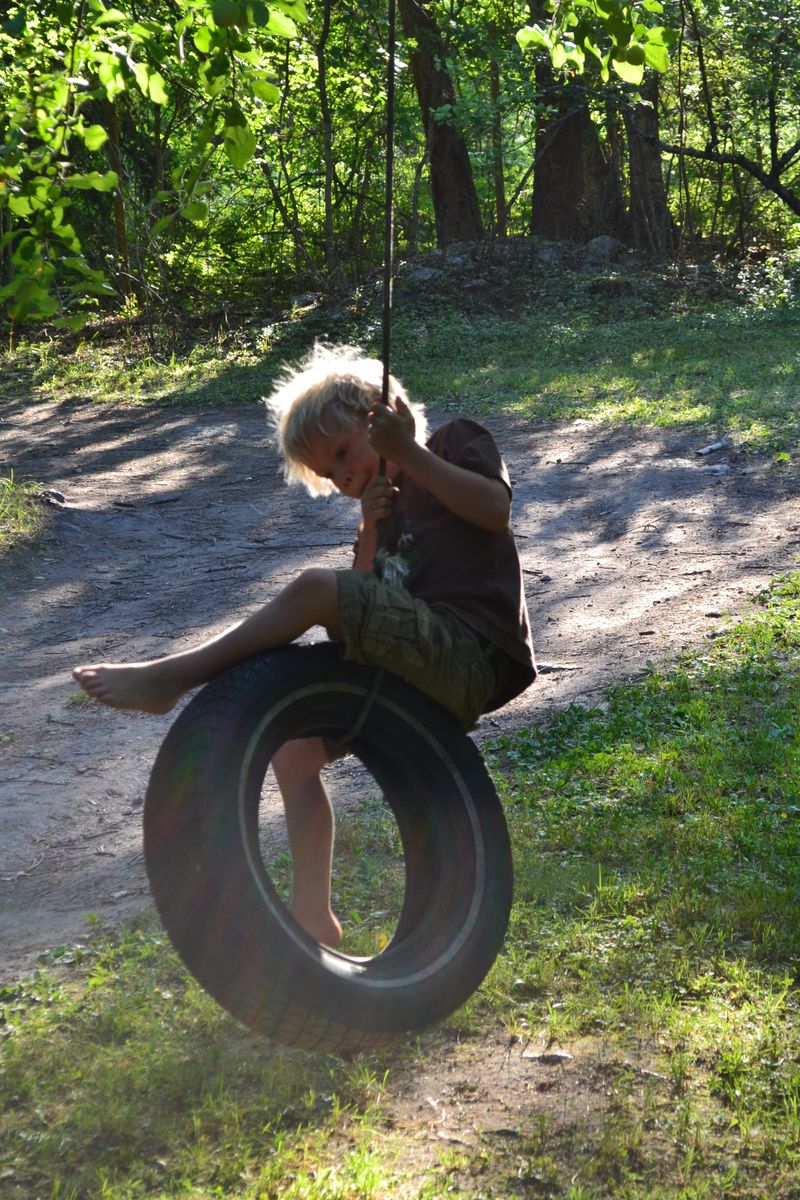 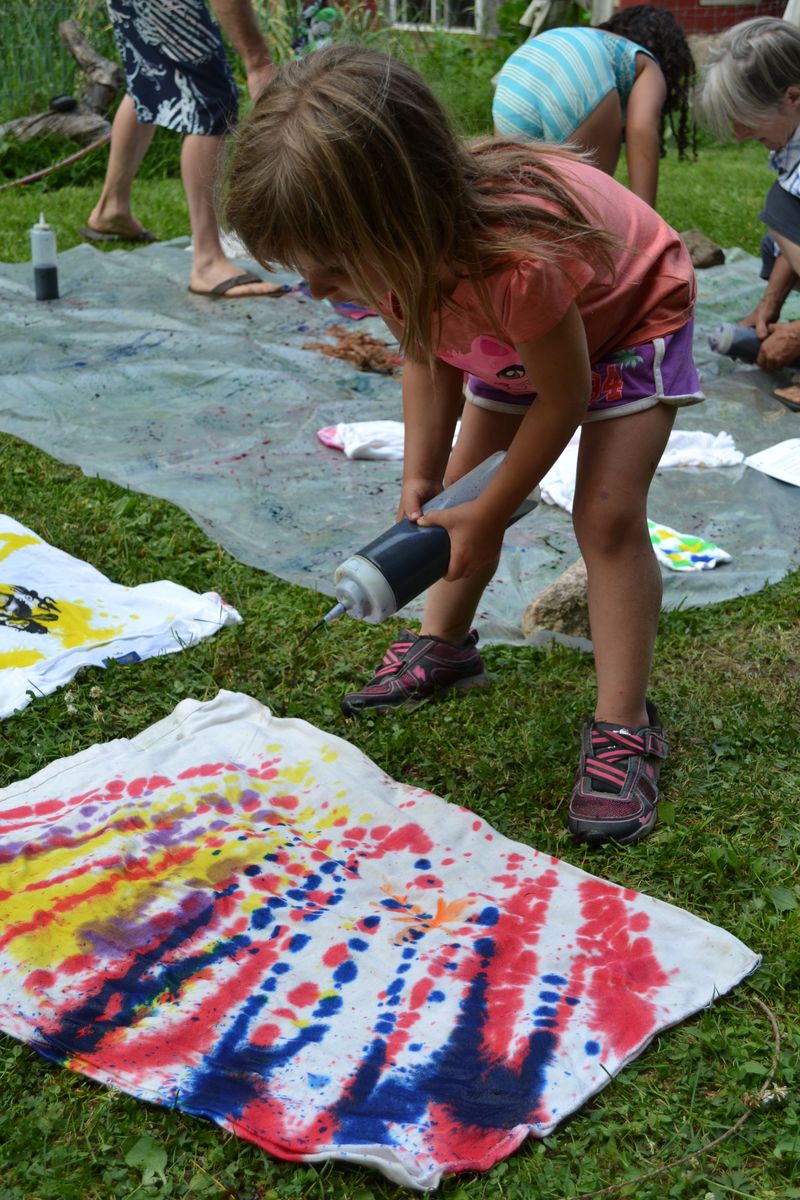 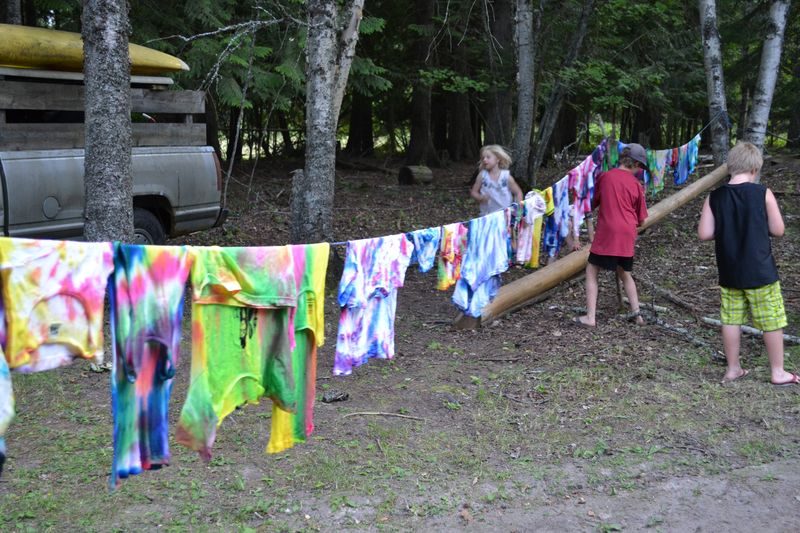 Carefree summer days of birthdays, friends, BBQs and good music are what made July such a memorable month this summer.

Your youngest, Huckley, just turned five? Bracken is turning 5 this October. Wish we were closer, I bet they would have so much fun together. That fish party sounds like so much fun!! Bracken talks about wanting to go fishing all the time. 🙂
Thanks for popping by, it was so great to hear from you!

Five and seven??! Time does fly, I remember the quilt you made for Huckley’s birth, and the post you did about it, so sweet. And speaking of The Dead, I thought of you just this morning; I pulled out an old cookbook (Elizabeth Peace Zipern) with recipes and stories from Deadheads who cooked and sold food in assorted parking lots while on tour. I occasionally like to make “hippie bread”, you know, whole wheat flour, sunflower seeds, etc. I thought how you were once a part of it also. Good times. It looks like everybody had a great summer. Hugs and happy thoughts.

Oh, Taryn, wouldn’t they have such fun! Maybe a visit though if you ever come to Canada, or anywhere closer, like in Washington. Let’s keep in touch!
xo Jules

Oh, Susan, how funny! I have that book, too…Cooking With the Dead. I haven’t pulled that out in a long time, and now I will and think of you! Happy thoughts right back at you!
xo Jules