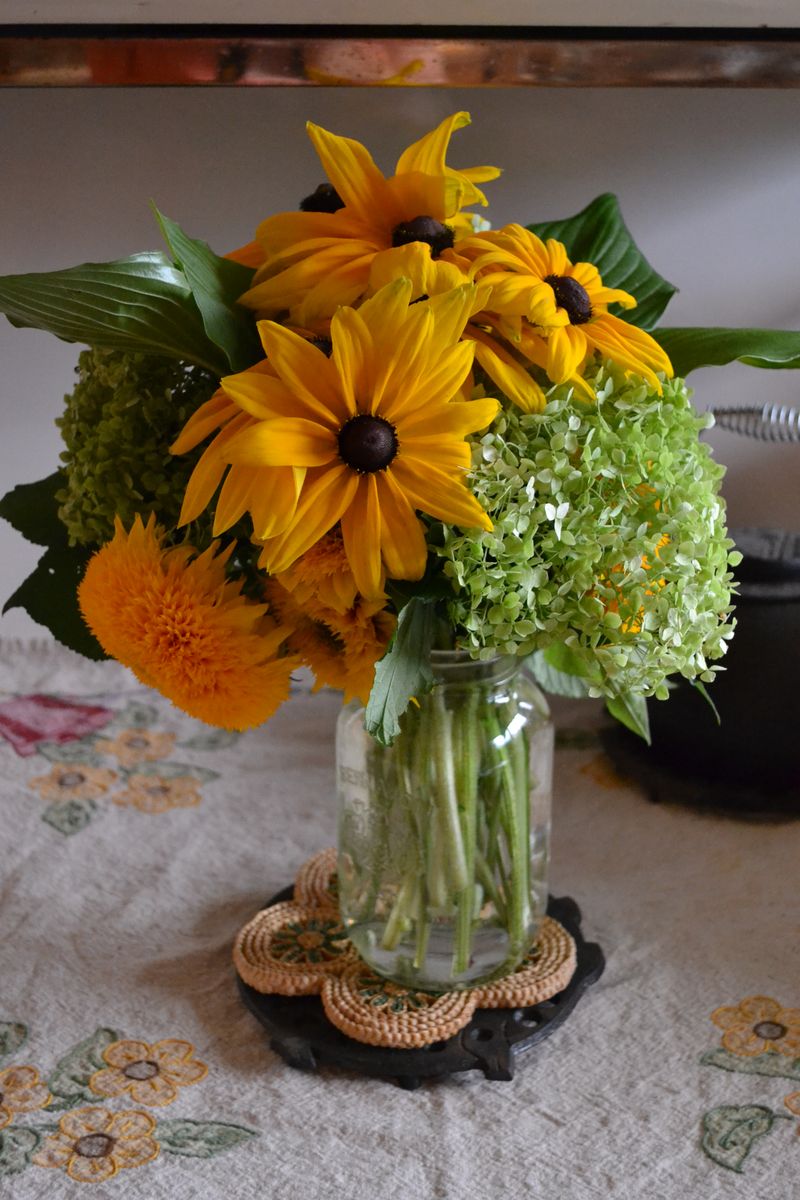 When I was little, August was my favourite time of the year because it was my birthday month.  August had its own glow to stand out from the other eleven months…I sort of marked my own calendar based on how many months until August.  Some things change when you age, but I still favour August for so many reasons…though the reasons are more related to the onset of harvest season and refreshingly cool evenings to contrast the bug-free summery days.

But, reliably, I can count on one special day of celebrating from my peeps… 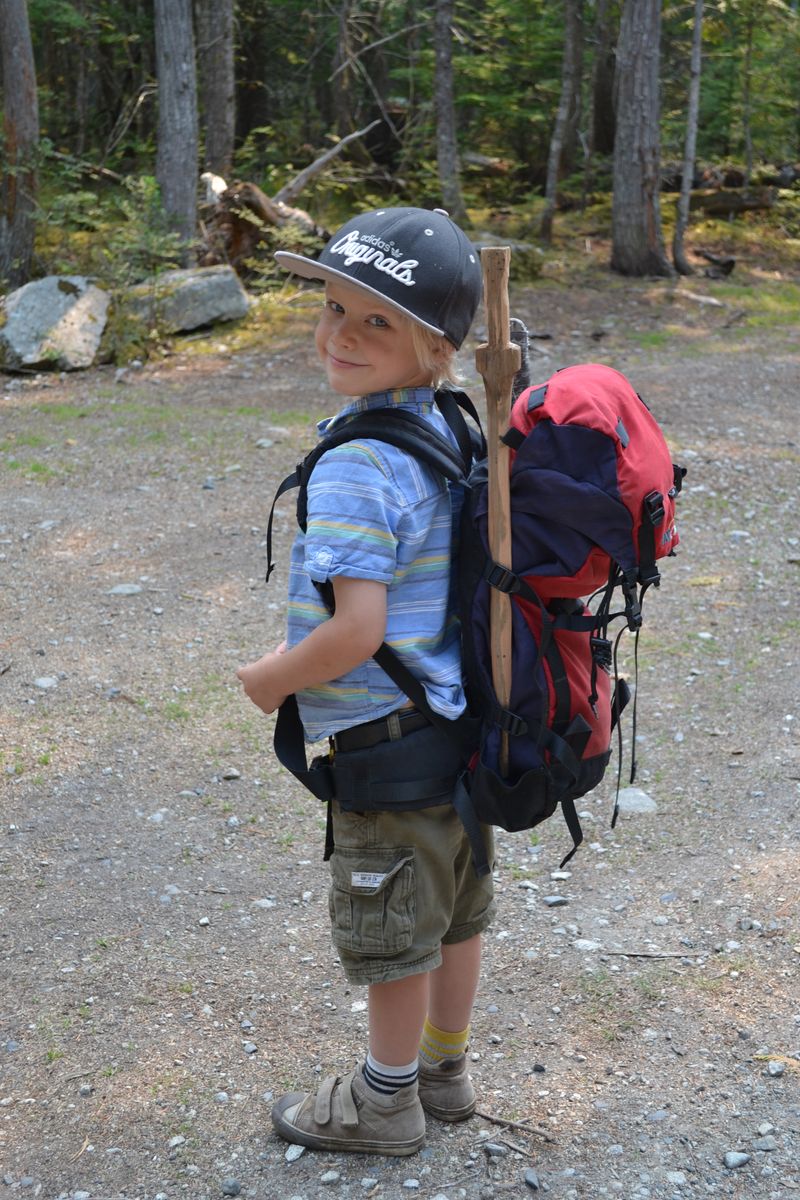 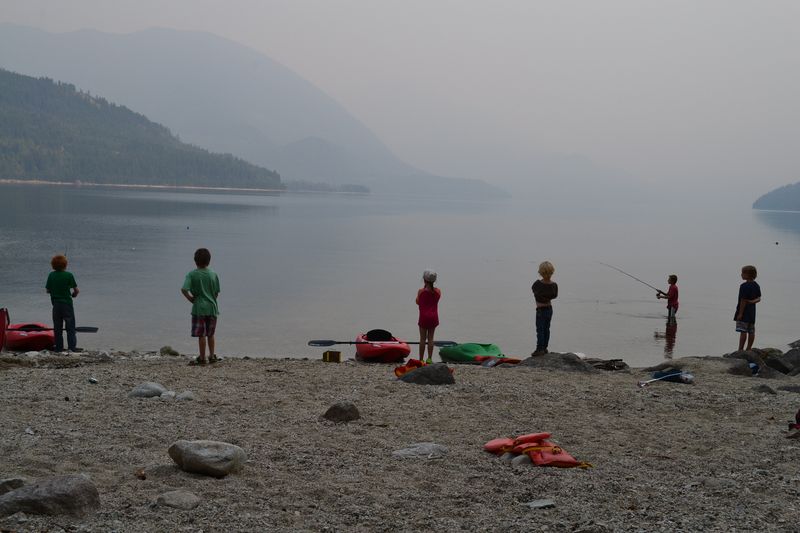 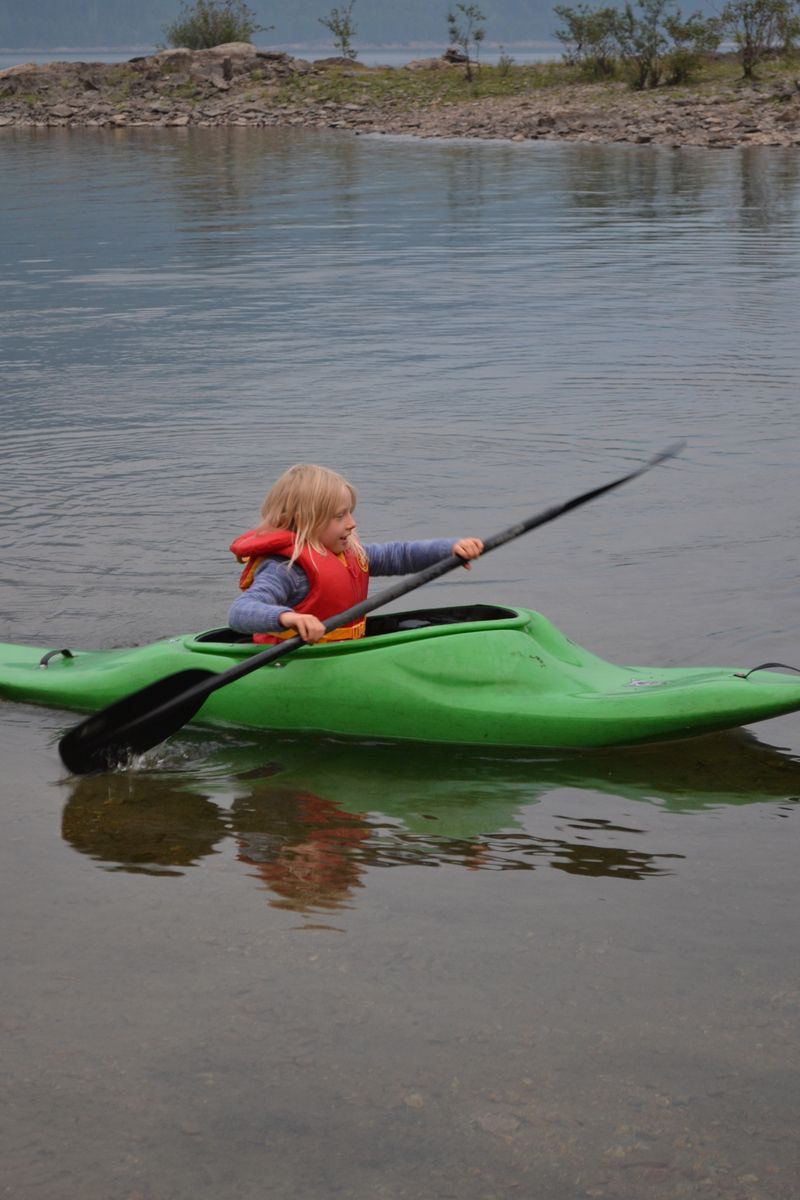 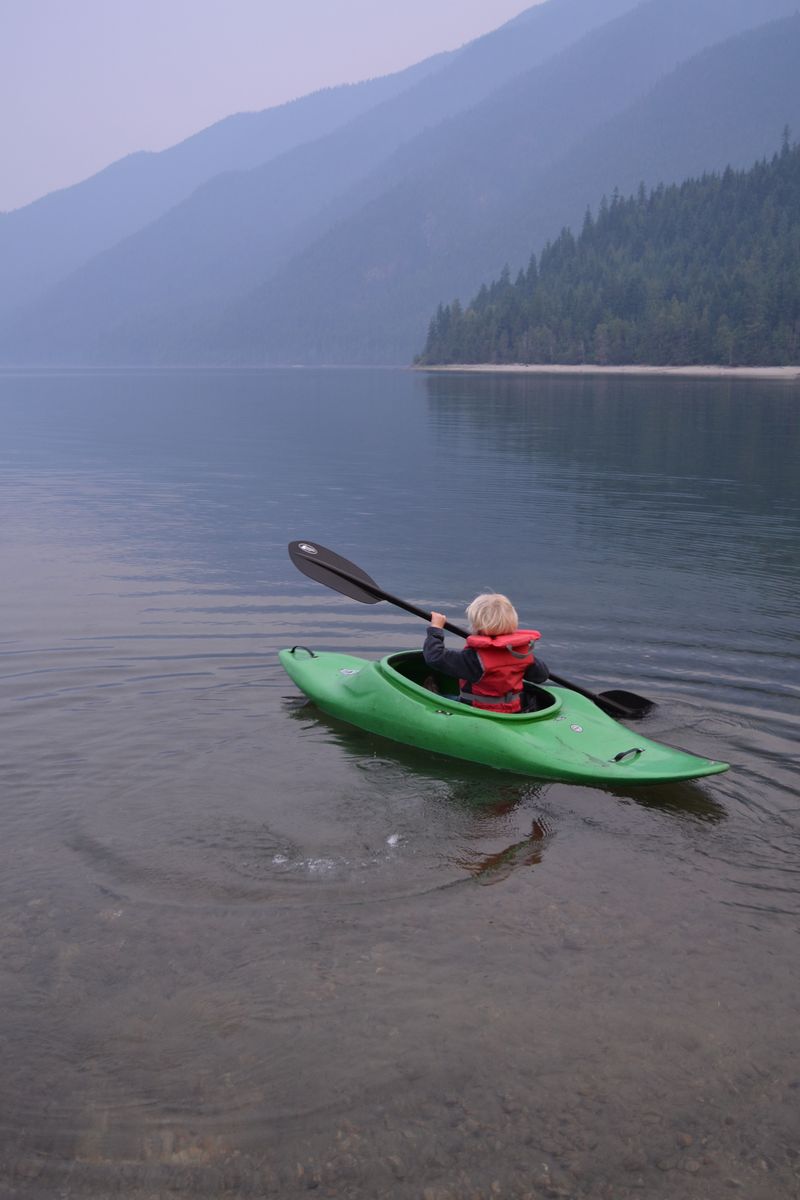 This past August, the surrounding forest fires left the air a thick haze of grey and if we were outside long enough, our lungs felt sore and bruised.  We were pretty close to the centre of so many different burns happening that there was nowhere to go for relief ~ not north, south, east or west.  Western Canada (and USA) had a record breaking drought that made the forests extremely hazardous.  Perhaps it is a sign of summers to come, but I do know that the thick smoke began in June (!) and came and went all summer. One of the most heartbreaking stories I heard occurred just a few hours west of us where people had to open their farm gates and release their livestock and hope for the best.  Many people had just half an hour warning to evacuate from the raging flames ~ imagine!  I feel very lucky indeed that we did not have a fire burning up the mountain this year, like we did in 2013.

Despite the suffocating air, we did venture out and had a wonderful day with friends…I managed to get a little solo canoeing in (my favourite thing to do in the whole world…besides spinning wool and gardening, that is), and a whole gaggle of boys fishing and kayaking and lazing about…my sweet girl amongst them all.  I remember when I was young how I envied those girlfriends of mine who grew up surrounded by boys and feeling so comfortable in their presence.  And now my own daughter will be one of those…I think it is a gift to grow up being yourself amongst those of the opposite gender.  She certainly holds her own, I tell you. 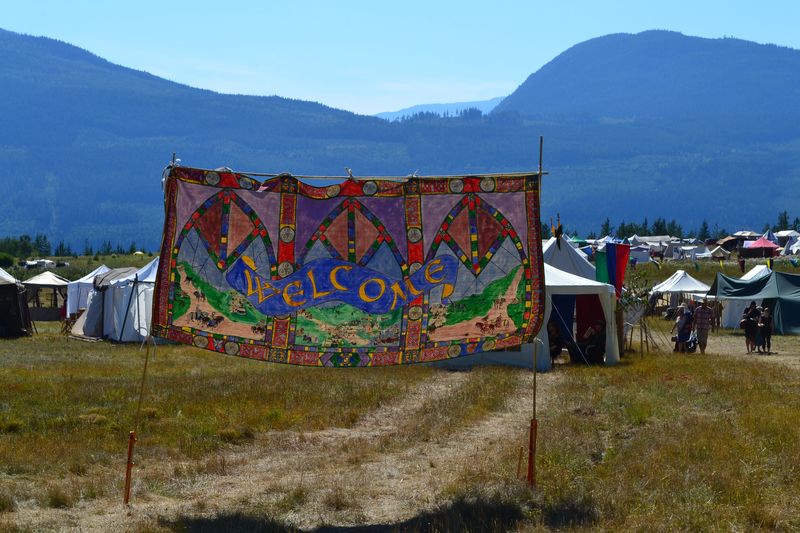 Meanwhile, just 20 minutes from our birthday beach fun, on another weekend, we found ourselves at a Medieval Fair.  Gratefully, the winds were in our favour and we had clear skies for the festival.  With a few other friends, we made merry with medieval folk from the S.C.A….a very fine time indeed!  While I knew about this group in university days, it was my first experience at a gathering…and our kids had such a good time…mock battles, archery and equestrian demos, not to mention the little medieval village to eat meat on a stick and chat with Ladies about their handwork. 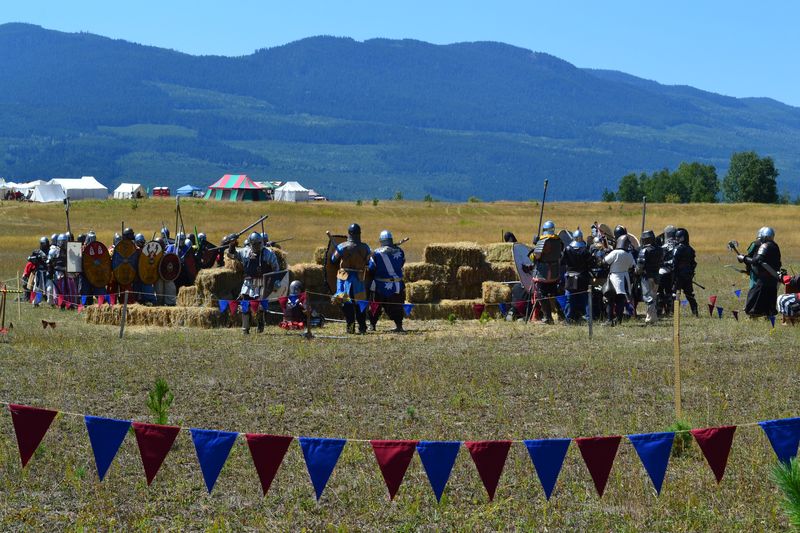 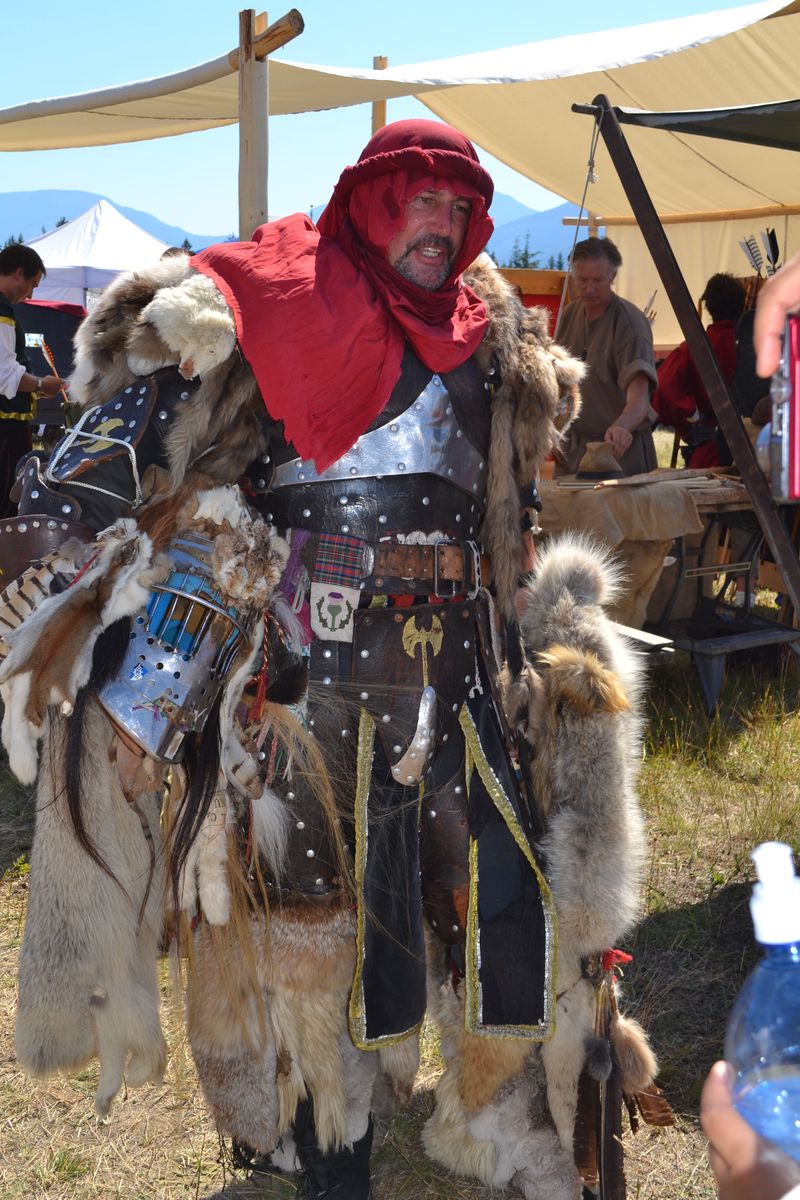 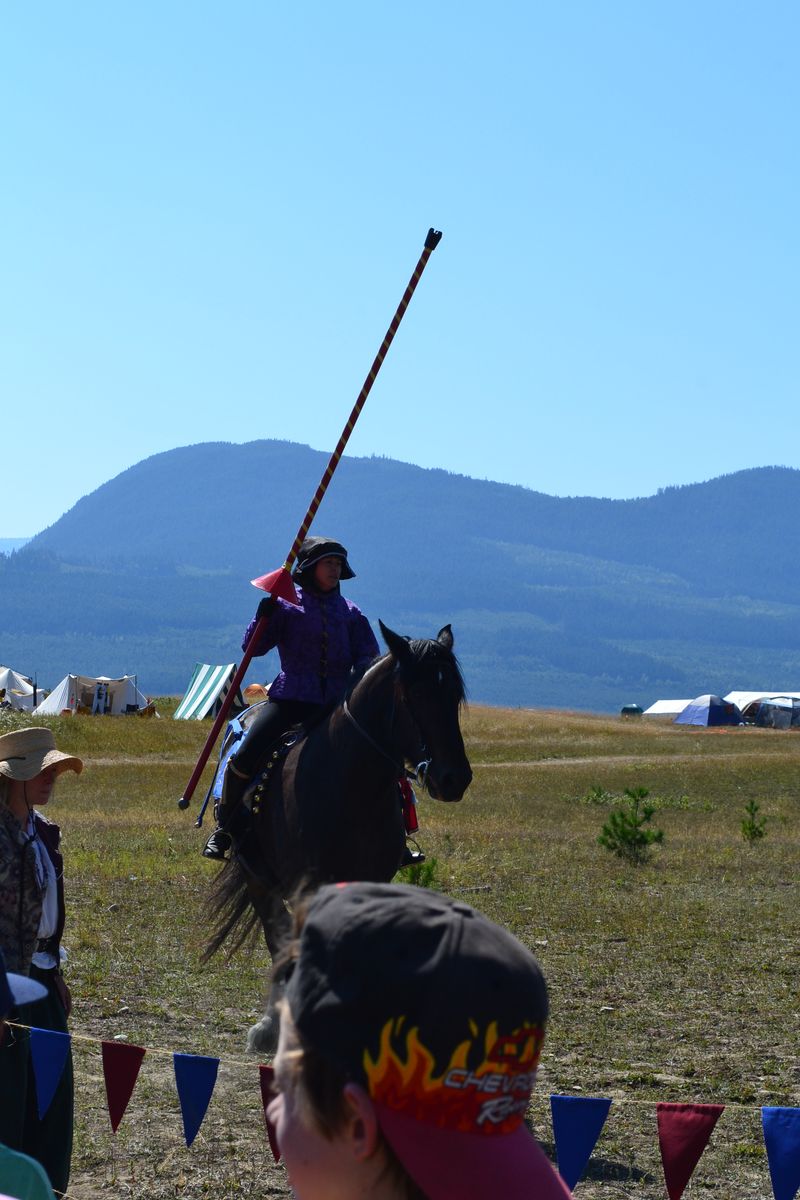 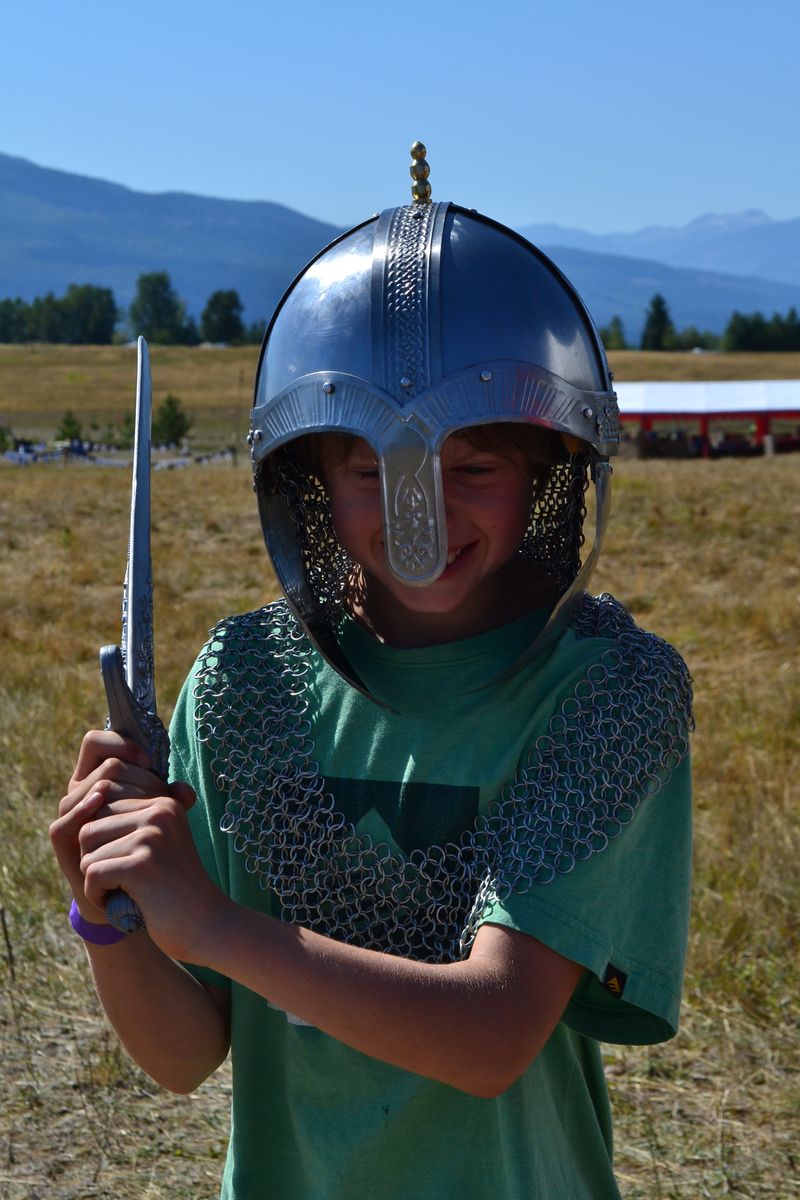 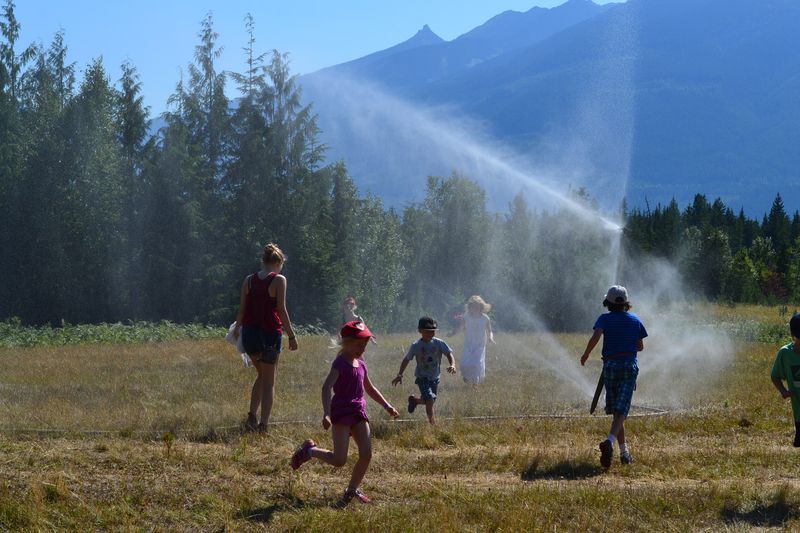 It was a blistering hot day and we were grateful for the sprinklers.  Back at home, the boy’s play was inspired, to say the least. 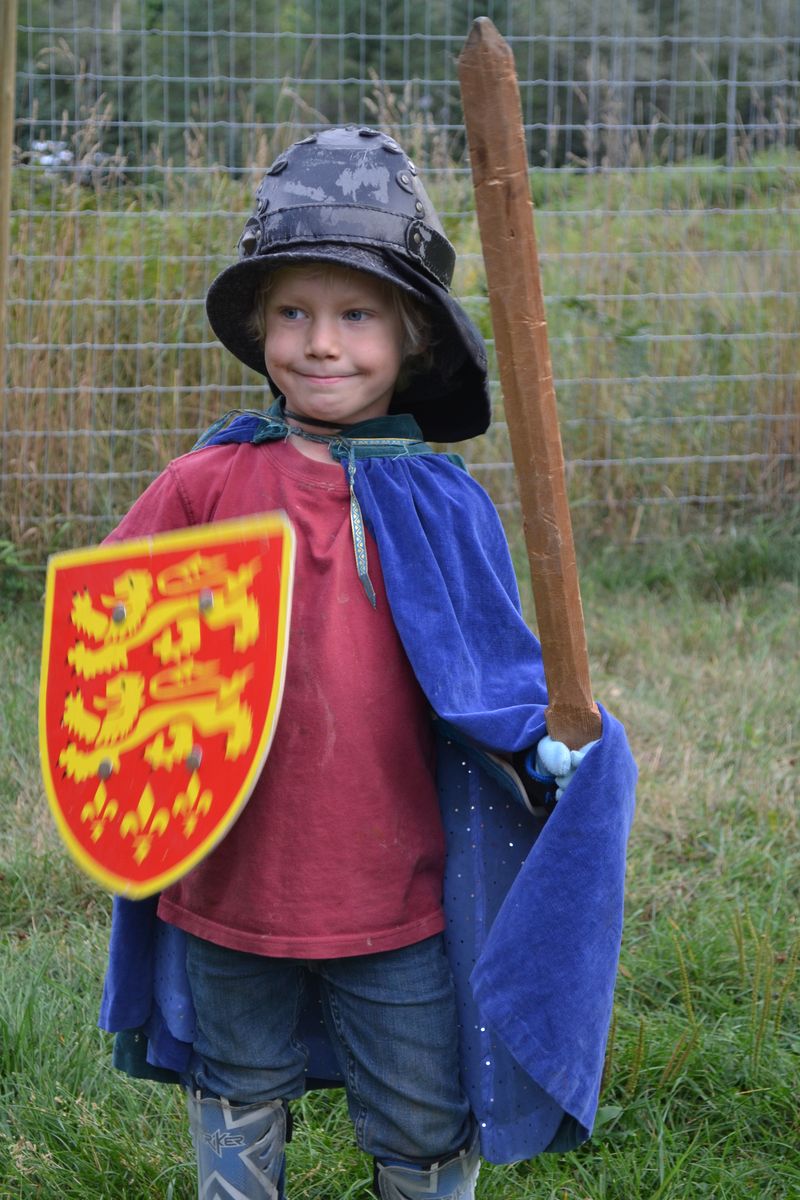 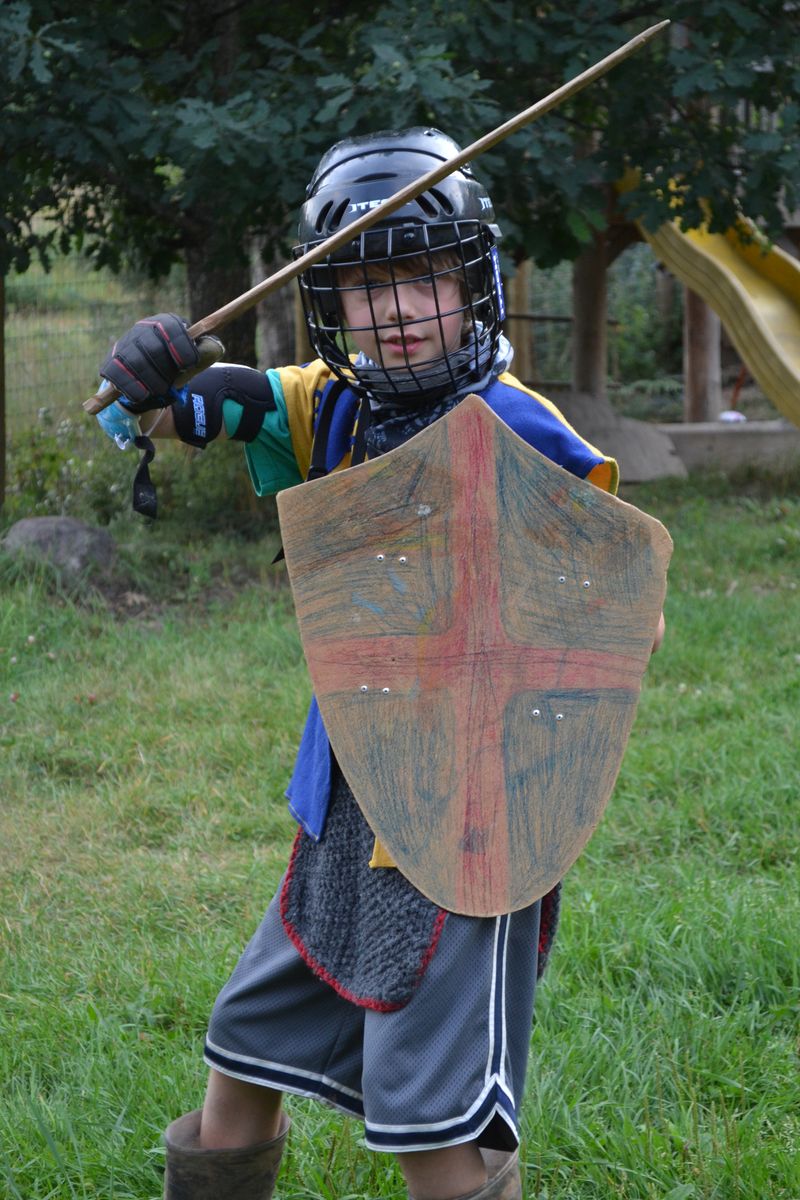 And always, the inevitable risk a mama takes when she brings her children to a mock battleground…I have learned NOT to look out the window too often when these two are up to their shenanigans. 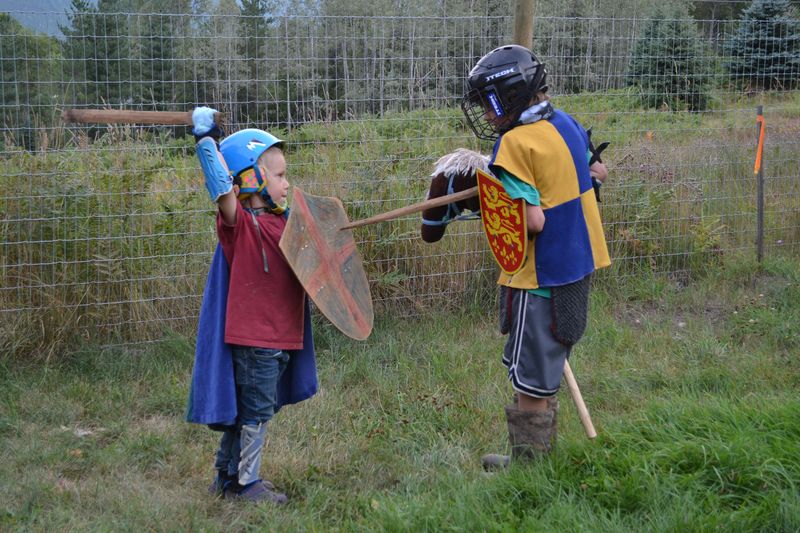 I have a girl and two little boys too. It has taken me a long time to understand that little boys just play differently. I love it.

Sending you belated birthday wishes, Jules. Yes…I think your boys are likely to remember that Medieval Fair for far longer than you might want them to! It certainly looks like you have all had a fun summer. Wishing you a wonderful autumn as well. Hugs

Oh how much goodness! I had wanted to go to our medieval faire this year but Birdie was just a month old, and I had a drawn out healing postpartum thus time around…. But we’ll go next year!
That man in the furs must be sweltering!

Yes, they certainly do, Grace. Lots of deep exhalations when the rough housing stars, that’s for sure.
xo Jules

I thought the same thing, Melly! It was so so hot out and he was sweating so much. All the SCA people were because their costumes are so complex and hot. I do hope you go. This first Medieval Fair is apparently the first annual ~ yay!
xo Jules